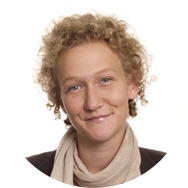 Trust is at the pinnacle of data strategy. Unique skills are needed to make the climb.

The World Economic Forum recently hosted its annual get-together of the great and the good again in Davos. Nestling among climate change, global trade tensions and the welcome news that New Zealand is shifting its’ GDP framework to one based on  wellbeing economics, is the concept of the internet of trust.

The Internet and trust haven’t been easy bedfellows of late. Coupled with the all-too-regular reports of data privacy hacks on corporations from Yahoo! to Marriott is the ongoing furore over “fake news” and the role of social channels in proliferating political propaganda.

And for our global internet society – the 55% of us who have access, anyway – it is becoming increasingly apparent that trust can in no way be inherent in our usage. After all, the parameters are no longer clear; we cry out against our personal data being stolen, but rally behind data leaks which may expose corruption in our governments.

Trust in the global internet fabric is, says the WEF, close to, if not at, an all-time low.

Despite these ever-shifting sands on which today’s societies stand, one thing remains the same: we, people, companies and even the infrastructure we create, are creating and consuming more data than ever before. So how do we, as individuals, as digital workers, as digitally transforming businesses, leverage this data to positively impact the internet of trust?

Find and book a Marketing Automation pro in minutes, not days

Instantly get matched to highly skilled independent consultants and consultancies via MeasureMatch. And put your marketing automation in high gear today!

“The world has relied so heavily on protecting the devices, networks, and applications where this data is either created or consumed but has neglected to inherently protect the data itself.”Adam Ghetti, CTO Ionic Security‍

Until we focus on minimising the risk of data mistrust then, we are simply dealing with a legacy solution of protecting organisations rather than data itself. In the corporate world, whereas CTOs and CDOs may previously have considered approaching the challenge of data trust through strategies and implementations which ringfence their systems and tools, we’re all becoming wise to the fallibility of data security, even at its most heightened.

So how can we approach data to deliver on the promise of the internet of trust?  Start by shifting the focus from is this data secure to is this data correct, says Joseph Bradley of Cisco.  He goes on to add...

“As competition for technology talent intensifies, silence won’t be an option for businesses. Millennials and Generation Z will reshape the employment landscape due to their convictions/expectations that employers demonstrate similar conviction”.

The businesses that win will no longer be those who “tell the best stories”, to quote from a CEO I once worked for, but those that thrive on a values driven culture.  And those who value the data of their customers enough to support internet of trust driving initiatives such as use of blockchain technologies in the financial world, or the privacy-preserving identity systems which are the mission of MIT’s Trust::Data Consortium.

This burgeoning talk about how the best approaches to data collection and management will drive trust leaves me with a glass-half-full outlook for the year ahead. Inevitably, the successful approaches to data-driven trust will come from the best minds available. With the fourth industrial revolution already accelerating workplace transformation, more diverse, more skilled, more accessible human hands will be required to achieve the lofty goal of an internet of trust. But we can get there. After all, trust is built and maintained by many small actions over time.

How big of a market opportunity is MeasureMatch pursuing? It just got a little easier to calc.

There are still so few women in tech…but things are changing!

As a society, we’ve made huge steps towards gender equality, but there’s a lot of work left to do when it comes to women tech. And recent studies reveal...

Book a pro todayApply to provide servicesLoginSubmit a project brief